We have on this website discusses many old biblical tales and legends referring to the jewish and biblical demon king called “Lilith”. In Swedish history a woman called “Lillie” was pointed out as the demon king and implicitly a snake demon by sage Olof von Dalin in 1733.

This name in different variations come up over and over again to describe the demon king that will mislead the world and fight against the Lord of heaven. We have investigated these ancient stories and today we will publish another ancient legend with at least a thousand years history – the pre-Christian legend in eastern Europe.

This legend was retold in many variations across most of eastern Europe from Poland down to Bulgaria and Romania in ancient times and it shares great similarity with the Indian myths of the battle between the Asura king Vritra and the King of heaven called Indra. 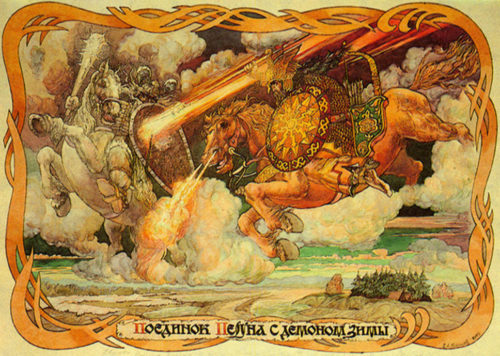 It states that the demon king called Veles always battled the thunder God called Perun and he always lost and was sent down to the underworld when he tried to climb up to heaven. But he reappeared again and again and he caused all kinds of trouble in the world such as droughts and plagues. This is just in line with how the Asuras are described in Indian mythology. Furthermore, it was said that Veles is strong in winter and then at springtime he is sent down to the under world again after loosing a battle with Perun. Perun corresponds to Thor in Norse mythology and he always fights a serpent that threatens to destroy the world.

As mentioned previously, Veles and Perun were often at odds. This seems to have begun when Perun was to be married to Dodola and Veles became envious because he also liked Dodola which was the daughter of the King of heaven. During the wedding feast, Dodola went for a walk in the woods and Veles followed her and transformed himself into a lily of the valleys, eventually tricking her into inhaling the sleep vapors of the lily. While she slept, she gave birth to a son called Yarilo. Now this May flower, lily of the valleys have been used by communists since the 19th century and sold every year in France at May 1st. It looks like the communists knew of this legend and they wanted to sell the lily flower in order to make the old legend come true whereby the communists could use Lily of the valleys to steal the baby son of the heaven.  As the Bible states:

“And do not fear those who kill the body but cannot kill the soul. Rather fear him who can destroy both soul and body in hell.”

Communists have always been satanists although they don´t say it in open. A quote goes like this:

In the legend Veles took the baby son from the true mother and intended to raise him, until Perun discovered Veles’ treachery and started a war. Eventually, Perun overcame Veles and banished him to the underworld. It didn´t help the King´s son though. He was doomed to stay in hell with Lily because he had accepted her as his mother. Now we understandwhy the biblical snake Lilith is famous for wanting to eat little baby boys. 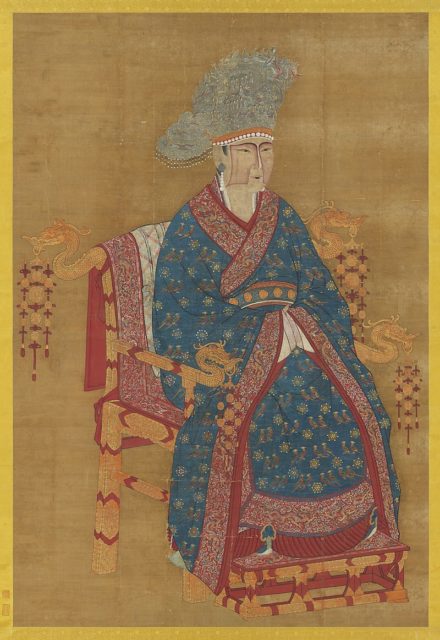 This story of the demon king stealing the King´s son corresponds to a famous story from China when during the North Song dynasty the jealous and power hungry empress Liu Zhenzong became desperate when another wife of the emperor gave birth to a son. That would mean the end of her influence at court and she couldn´t accept that. She instead stole the son and put a skinned cat in the crib and claimed that the other wife had given birth to a monster. The real mother was thrown out of the palace and according to some reports murdered by the empress.

She later tried to murder and then deceive the emperor son into believing that she was his real mother when her murder attempt failed. Still today there is a persistent legend played at the Pekin opera which states that when the emperor finally got the proofs of his fake mother´s deception and murderous criminality from her favourite(and also very criminal) eunuch – the emperor went to her and handed her a paper note with all the proofs of her deceptions. At that moment she died instantly from fear and the emperor flew into a rage – but it was all too late.

Here are a few intriguing parts in this story.

Is there a demon king called Lily in Sweden? It seems like heaven wants to tell us this.