Many people have heard about the sage like Swedish King called Gustavus III of Sweden. He was also called the theatre King due to his great interest in the arts and cultural sciences. Gustavus was born in 1746 by his mother, Queen Ulrika Louisa, who was the sister of Frederick the Great and wellknown for her dominant presence wherever she went.

The one person that taught him most of his immense wisdom is said to have been Olof von Dalin, the sage like man who wrote so much about the lack of virtues in Sweden and especially in Stockholm. The King´s childhood was greatly disturbed by the endless plots and intrigues from the Swedish Riksdag(parliament) who wanted to control the royal son.

The background was that the last Swedish King, Charles XII, had been killed by a shot from behind in battle and there are plenty of indications that the murder was an inside job done by the Swedish nobles. Since then the Swedish nobles had taken power over Sweden and according to Frederick the Great in Prussia Sweden was controlled by a bunch of incapable “hottentots” who drank and threw parties while wasting the country´s money. According to him the military strength of Sweden was virtually zero at the time. 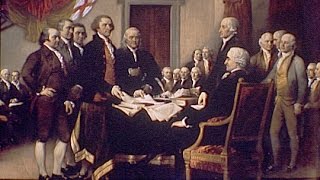 During the december crisis in 1768 Gustav said after his loss at the Riksdag: “That we should have lost the constitutional battle does not distress us so much”, wrote Gustav, in the bitterness of his heart; “but what does dismay me is to see my poor nation so sunk in corruption as to place its own felicity in absolute anarchy.”

Gustav was impopular in Sweden but across Europe he was touted as a great King, even the most respected King of all Europe. He knew all the ideas about enlightenment from the French thinkers and he could discern them easily.

In 1771 Gustav tried to unite the Swedish Riksdag but all his attempts were scorned and the country came close to a collapse due to inner strife between the Hats and Caps leading them to completely ignore the issue of keeping Sweden as a nation. At that moment Gustav started to think about seizing power by a coup d´État and it took place in 1772 with the assistance of a brave colonel from Finland and some other patriots in Scania.

With the new monarch reinstated the privileges of the nobility was reduced and the commoners got access to the higher positions of state. Since then Gustav gradually became the enemy of the Swedish nobility – infamous for their low moral standard described by Olof von Dalin and others. To make an example Gustav had to put on trial the whole “Göta Hovrätt” – completely corrupted from the inside. As usual in Swedish history the people has been persecuted by the ruling class while the opposite has not yet been seen.

From 1786 at the Riksdag a turning-point is seen in Gustav’s history. Henceforth he showed a growing determination to rule without a parliament, a cautious and gradual passage from semi-constitutionalism to semi-absolutism. In 1788 he declared war on Russia which led to a mutiny among his aristocratic officers in Finland. That was quickly quelled and in 1789 he took away most of the nobility´s privileges with the support of the three lower estates. From that time a murder conspiracy was formed among the nobles in Sweden. It all started with some wicked women at the royal court. More details about the build up and the murder and its aftermath below.

Gustav III was a kind of polymath with great interest in the arts. He invested much time and energy in creating a high culture in Sweden and he built the Opera and opened it in 1773. Tragically it became the place where he himself was assassinated in 1792.

He was also very determined to lessen the foreign influence on Sweden and strengthen its own culture and customs. This was also mentioned by his great mentor, Olof von Dalin, as one of the biggest problems in Sweden. Therefore, Gustav designed traditional suits for Swedish men and women of different classes – link. Some of them became hugely popular.

Gustav also designed many outstanding buildings and palaces. Gustav also founded the Swedish Academy and the Royal Opera. As if that wasn´t enough the also founded the Order of Vasa which honoured Swedes who had made contributions within farming, mining and trading. He also helped to build the great park of Haga along with its castle.

To summarise the cultural accomplishments performed by Gustav III would be hard to do in a short article. We can only say that his deeds were nothing short of phenomenal in this area.

The Murder and Its Build-Up Along with the French Revolution 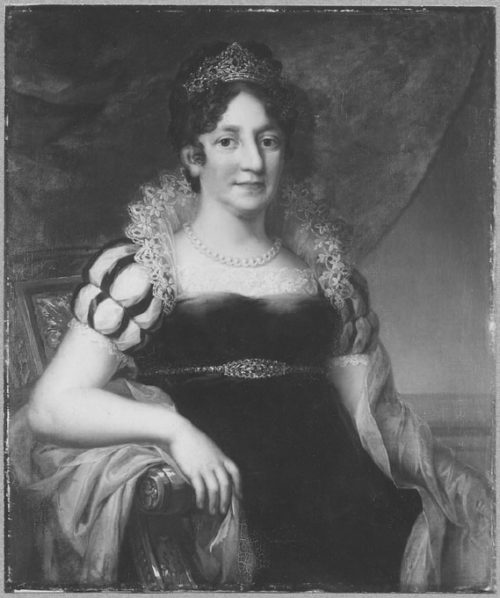 Gustav III came back from the war with Russia and held balls with masks in the Royal Opera. He was warned several times that the nobles were out to kill him but still went to the balls without any fear. What was the background?

Since Gustav threw out the nobles from the Rikssal in 1789 there was hatred breeding against him in Sweden and it seems like an evil woman called Hedwig Elisabeth av Holstein-Gottorp was the brain behind most of the dark things going on in Sweden at the time. There is barely any murder attempts. poisoning or other conspiracies happening without her being involved in the shadows. At the very least she was always a prime suspect but always got away. She was decidedly against traditional culture for women and as a militant feminist she spied on the men in the Riksdag through a window to know all that was said.

Hedwig was the husband of the King´s brother, the later Charles XIII, and she had a very low moral standard that she spread far and wide including to her own husband. It is said that she dominated him and every morning she gave her husband his daily instructions in his bedroom. They had a free marriage meaning that they slept with whomever they wished to sleep with. Coincidentally Hedwig insisted on, as a woman, joining her husband in the founding of the freemasons in Sweden. It is said that she paid a great sum of money to learn secret sorcery from a man who had been abroad. Her husband became the head of the male Swedish freemasons and she was the head of the five Swedish female freemasons(female freemasons were illegal internationally) and not only that. She was very influential at the “joint gender masonic club” in Sweden and she had extensive contacts with the French elite. Freemasons were famous for worshipping the devil while proclaiming that they are good Christians. In fact they were nothing more than agents of the evil predecessors of communism who wanted to destroy monarchy in order to steal power for themselves.

Over the years Hedwig had become infamous for her evil personality in Stockholm and Gustav III intercepted her secret letters to France – the country that she conspired with against Sweden. In return she created her own post service with secret couriers all over Sweden that delivered her secret letters to France. She was very sly and worked always in the shadows with front people ahead of her that she could blame if anything went wrong.

In 1789 after the King threw out the nobles from the Rikssal she and a few other noble ladies started a social boycott of the King so he was left all alone in his castle and nobody wanted to visit him anymore. Even his own sister started to boycott him together with Hedwig Elisabeth and a few other ladies from the nobility. 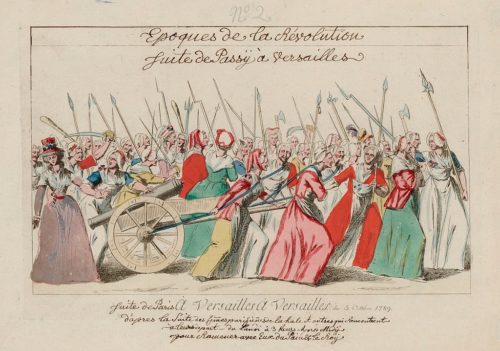 Gustav III expressed himself after the female social boycott against him:

“…they will come marching here like a band of wicked women to the castle of Haga.” – just like the French peddlers did during the Women’s March on Versailles when 6000 peddler women caught Louis XVI and brought him to the Tuileries where he consequently was locked up in prison until his execution.

Von Lantingshausen was exiled from the Swedish court by Gustav III. The scandal at the time and a disgrace for the woman was that the police chief that read the instruction to Lantingshausen was the man responsible for arresting prostitutes. The King looked upon her and her fellow instigators against him as prostitutes(from hell). More about that below.

“I am injured. Brothels of hell!”

Here we can see that the King again refers to the evil prostitutes in hell having deceived the Swedish noble men into murdering him by promising money and power in return for killing him. When the murder investigation reached to the King´s own brother Charles XIII(the husband of Hedwig) the King´s brother tore the paper with all the names of the conspirators in front of the police chief. His own name was on it. And behind him was his evil wife that probably organised the whole plot to murder the King. All of it was based on jealousy of the King and it was said that out of 3000 Swedish nobles – half of them were aware of the murder plot and supported it.

Aftermath – the Swedish Murderers and Plotters were Never Punished

The Swedish nobles led by Hedwig Elisabeth inspired the freemasons of France to do the same as the Swedish nobility – kill their own King. The Swedish murderers and instigators were basically all set free and since her husband took over the King´s post she had the power to set all the main suspects free, stop the murder investigation and make sure that she and her husband wouldn´t get caught.

In 1793 the moment to kill the King came in France and there is a story that one of the main culprits in the murder of the Swedish King, Mr Adolf Ribbing, was present saluting when the French King Louis XVI was executed along with his wife in Paris.

About Hedwig it is said that her private life was miserable. She gave birth to two babies with unknown fathers and one was  stillborn and the other died in six days. Finally she was suspected of many horrifying crimes when her husband Charles XIII died in 1818. She had said that she could not survive him. At the funeral the King came to visit her and after their private talk she went up to her chambers and died. What happened? Had the King presented proofs of her crimes and then she decided to commit suicide? We don´t know but as soon as her husband passed away she also died.

Summary: Gustav III Lost All Hope In the Swedish Nobility

If we summarise the great King Gustav III we can  see that he gradually lost all hope in the Swedish nobility supporting him. All they wanted was to get money and power for doing nothing. They were so shamelessly corrupted that they even dared to kill their own protector, the King himself. Only because they always wanted more and more at the expense of others the King finally gave up on them and instead supported the lower classes of farmers and merchants.

The Swedish commoners made a song that praised the King and slandered the Swedish nobles after the murder(in Swdish below):

The song praised the King´s soul and said that the angels in heaven will rejoice over his soul while the devils in hell will rejoice over the murderer´s soul. “Didn´t you hear? The nobles murdered King Gustav.”